A rainbow has a spectrum of 7 colors, but what we are seeing is light being reflected and refracted at different angles and wavelengths. The seven color spectrum is also used to describe the human chakra system, where we have relatively different frequencies operating across our energy body. There are many articles describing the features and functions of the 7 chakras, but there is far less information available about a potential 15 chakra system.

We have all seen a double rainbow on occasion, where a second rainbow appears above the first one. Similarly, we can surmise that our energy body may have a second, more subtle energy spectrum that goes beyond the first 7 chakras, in which even higher frequencies may be experienced.

There is a similar layered effect in music. Musical notes are divided into octaves, where the eighth note in the first octave becomes the first note in the next octave. So each octave has 7 notes where the 8th note begins the next octave. In other words, two octaves would contain 15 notes before beginning the third octave. If you believe in the idea of 7 chakras, it doesn’t require a great leap of faith to presume there may be another octave or layer – a second rainbow – to the human energy body.

Both light and sound exhibit a range of frequencies. Such variance in frequencies can also be called “densities” or “dimensions” depending on how you want to describe the various layers of the universal architecture.

The basic idea is if we want to explore the full capability of our human energy body, we should become aware of the next range of frequencies which comprise the 15 chakra system. With so little information available around this topic (although I expect more information will being to circulate in the coming years) it is up to each of us to explore and experiment with chakras 8 through 15.

Chakras are also often grouped into threes. The lower three chakras are often grouped together, as are the next three and so on. In general, the uppermost group of three – chakras 13-15 – is so subtle and mystical that it may be near impossible to discern from the perspective of a human body. In other words, chakras 13 – 15 are like a primordial level of creation which permeates the whole of the universe – God, if you will. It’s like the part of the second rainbow that disappears into the sky, imperceptible to the human eye. At the upper bound, the highest chakras are likely to be pure sound and light.

Chakras 7 – 12 are associated with our higher self – our spiritual signature or Avatar, with connections to angelic and high dimensional realms.

I am far from an expert in this area and mainly consider the 15 chakra system from a philosophical perspective. However, I do find it useful to emphasize the 12th chakra during meditations as this chakra is the highest chakra that still connects with our own individuality – our Avatar signature.  Note that we use the words “high and low” to create a distinction, but higher is not “better” than “lower” any more than red is “better” than green.  The key is that all the colors shine bright.

Try experimenting with these upper chakras and see what you experience. In the meantime, we have an excellent collection of guided meditations for clearing the first 7 chakras available right here. 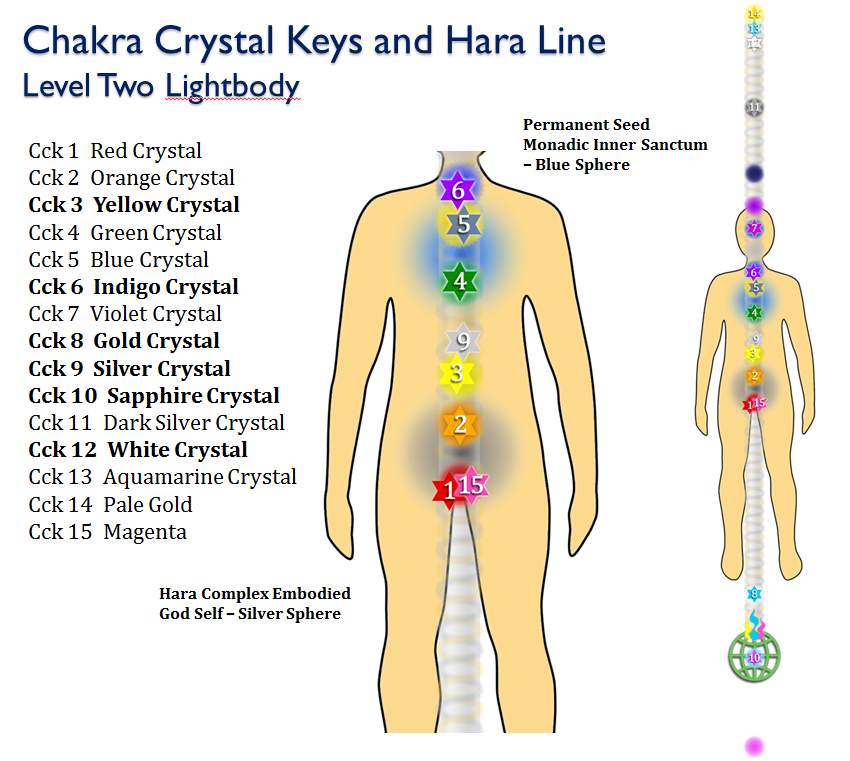